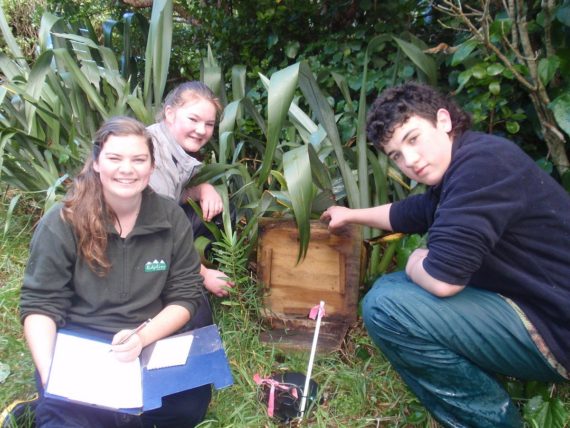 In early July three Chatham Islands school children accompanied Department of Conservation staff to Rangatira or South East Island for a 4-day field trip. The primary purpose of the trip was to check and close Chatham petrel burrows for the winter, however this trip offered an ideal opportunity to expose […]

Status (2012):Population (2010):Trend: Nationally vulnerable1,400 individualsImproving Probably once abundant throughout the Chatham Islands, human exploitation, habitat destruction and introduced predators saw the Chatham petrel restricted to Rangatira or Southeast Island by the time of its discovery in 1892. Until 1961 farming activity on Rangatira resulted in the petrels being confined […]